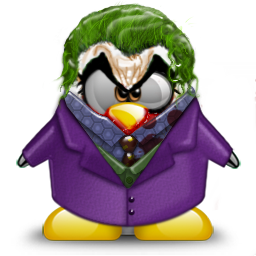 Everyone using linux on a daily basis at least one time in his life has been asked “Why are you using linux?”.

I was lucky because the question was asked when I already had half an idea of why.

The first time I heard about Linux I was so confused, my father had brought home my first PC in about a year or two, and I was so enthusiast and excited, but that magazine and the CD that was attached to it caught my attention.

It was one of the only ways to get in touch with linux, internet was mostly dial-up, there was no cloud, so magazines decided to start ‘spreading the word’ by giving away full distros on CD-ROM.

Mandrake linux at the time (2001-2002), then Mandriva Linux until 2012, now OpenMandriva (https://www.openmandriva.org/), was a distribution based on RedHat Enterprise Linux 5.1, I had to look around in the internet to find the image of that CD-ROM, because mine was probably lost and it appeared more or less like this: 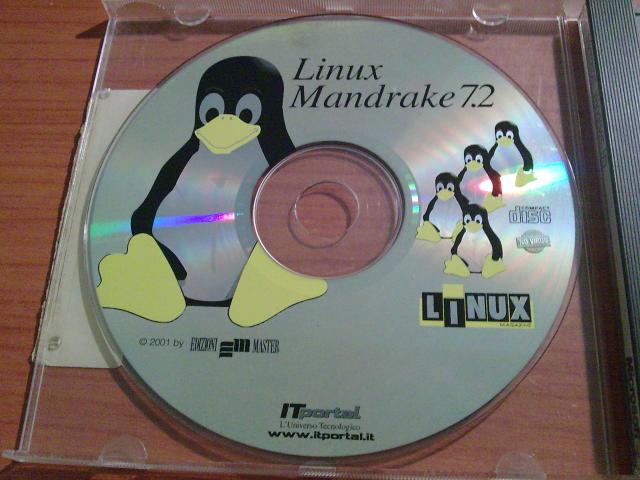 I started reading about it on that magazine, the steps were complicated, I didn’t even had the idea of how a system works, partitioning hard drives, mountpoints, but I was curious.

My dad was not so happy about this, because he already knew that my interest would have led to a troubles and tried to make me give up on that, but…

As soon as I have been alone at home, exactly like teens wait for their parents to leave for smoking, I picked up my CD, my magazine and started what, in fact, quickly escalated to a disaster.

Long story short, I just remember I felt like I was handling a core experiment, but with the knowledge of a kid on a machine that wasn’t only mine, but that I shared with my family.

Needless to say I ended up formatting my whole hard disk with all family stuff (16GB) but I had a working Linux installation to play with.

And I played with it, a lot, even if I had no chance to connect to internet, because the installation didn’t support my 56k modem so I was like staring at a monitor trying to find something usable in the packages shipped with the CD, without any luck.

I decided then to switch back to Windows, and use it and internet connection to grab what I needed, information, sources, to get my modem work, how to dual boot it, I started typing my first scripts.

When finally I had the chance to be connected to the world with cable connection and stuff, the doors of Paradise spread before me, and I finally had the chance to study, go deep, test, play around, get in love with Linux.

For me, it has been a different way to look at things, that makes you act like a kid trying to dismantle your toy and then reassemble it, just for the sake of seeing what it looks like and at the same time you can potentially build something that is tailored for you.

I own a PC and a MacBook too, but I mainly use them to connect to my little home server that is my playground, where I test things, grab the scripts and screenshots for the blog, when I want to be a kid again, even if I use it 8+hr per day at work.

If you asked me the question “Why are you using linux?”, this is exactly what I would answer, and I always smile a lot when thinking about it, considering that my studies and 10 years on the job made me reinforce a relationship that lasts since ~2000s.

The same relationship that made me choose my way in my career and the reason why I’m here writing on this blog.

Never stop learning, never stop improving. If you are curious about something, go and try, don’t let anyone stop you or make you give up on something.

And you? Why do you use Linux or would you like to use it?

IT enginnering graduate, former support engineer and currently working as DevOps Engineer consultant, with the passion for sharing knowledge!

What are you looking for?